With the Canada-wide legalization of marijuana looming, the provinces and territories are preparing themselves for a radically altered (and unknown) landscape. The fall 2017 session of the Government of Alberta saw the passing of An Act to Reduce Cannabis and Alcohol-Impaired Driving, a bill designed to amend the Traffic Safety Act and toughen Alberta’s impaired driving laws ahead of marijuana’s legalization—and on April 9, 2018, the new rules came into effect.

The major changes to the Traffic Safety Act include:

These changes not only address the legislative gap caused by a previous law being found unconstitutional in 2017, but they also lay the foundation for future expansion. Legislators want to target drivers under the influence of marijuana in particular, with proposed blood-concentration limits that would see punishments for driving, while high fines range from $1,000 for a first offence up to mandatory 4-month sentence for repeat offenders.

Because the Government of Alberta’s laws are provincial sanctions, drivers may additionally be charged under federal statutes if found driving under the influence of marijuana—especially in cases involving motor vehicle collisions, or injury.

While the laws around marijuana consumption in Alberta are clear, their enforcement is not.Critics (and some researchers) have noted that an adequate way to accurately measure the levels of THC (the psychoactive ingredient in marijuana), or to clinically determine levels of marijuana impairment, does not currently exist—blood tests can reliably detect the presence of THC in the blood, but the results are controversial due to inconsistencies with how THC is metabolized.

The ambiguity around detection has also raised some concerns about Alberta’s lack of a “rigorous right to appeal license suspensions”.

As Canada moves toward full legalization of marijuana, new problems require new solutions—a change in laws is just the beginning of a whole new world. 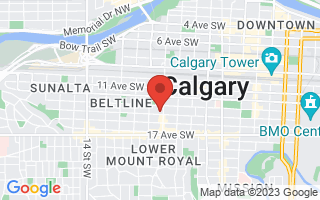